...and a new score: I found this cone-cut carnelian and glass necklace at a junque store last week. Probably paid too much for it, but I couldn't resist. 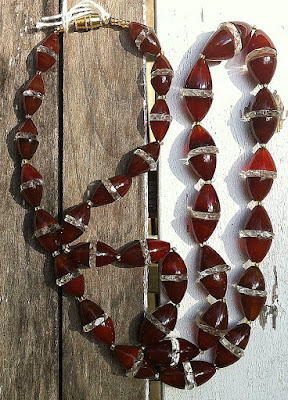 Then I was playing with other toys and I'm still wondering if this is a stoopid combination. 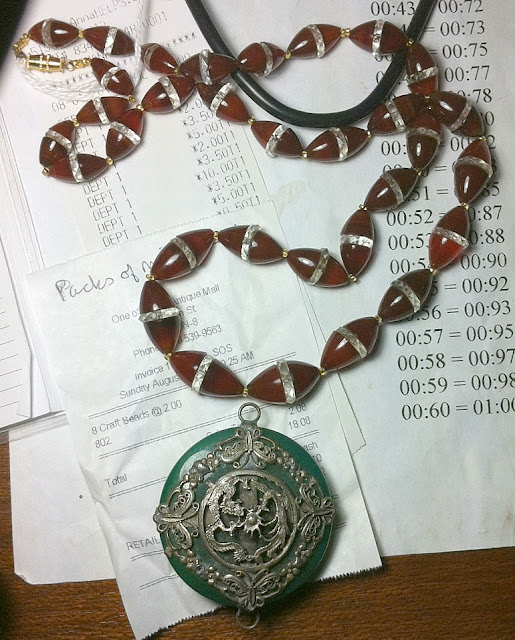 Finally got around to making more chakra-style items, and made these two bracelets yesterday. I'm trying to play with brighter colours, and yes, several of these beads are dyed, but the very brightest were deemed today to not really work, in particular that orange jelly bean horror. Better to tone it all down with carnelian instead... Except it's pretty. Maybe these size beads would work better as a necklace. 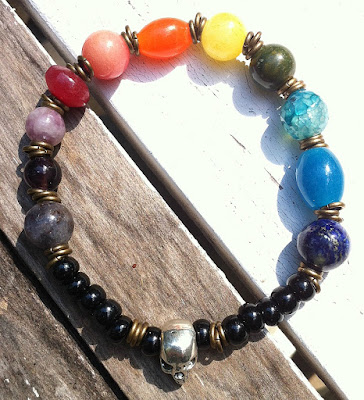 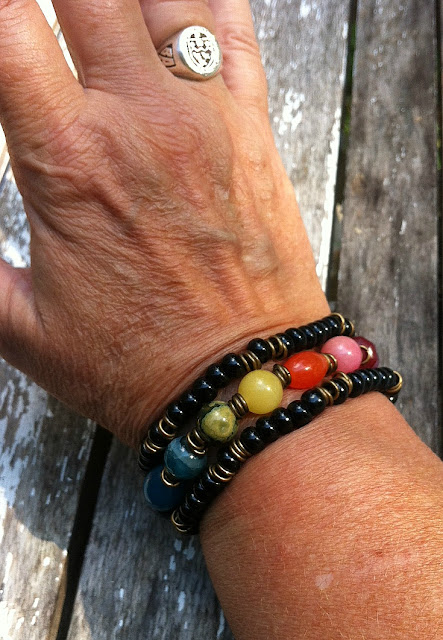 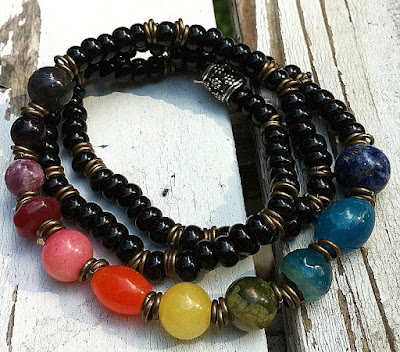 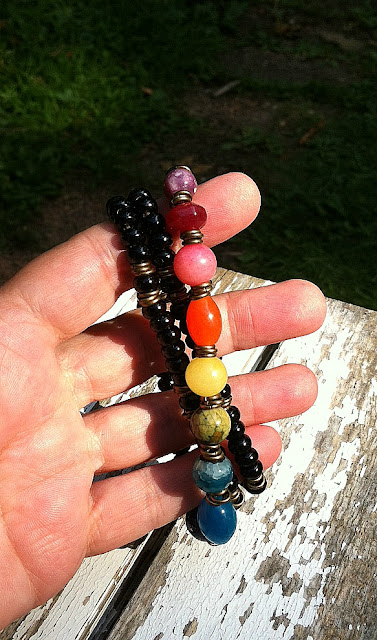 I've been doing a lot of restringing for Liane the Vintage Lady at the market. She buys bins of miscellaneous jewellery at auctions and has no idea what's she's got until she starts going through it -- at which point lot of the strung items disintegrate at that point. I swap interesting doodads in exchange for the restringing. Today I restrung a double strand graduated fire-polished crystal choker into a single strand because even with the extender it was chokingly tiny. Some of the vintage jewellery looks like it was for dolls, not humans. I'll try to remember to photograph it next Saturday. It came out quite nicely. Some of the beads were missing so I made a pair of drop earrings with the extra beads.

After the farmers market I went downtown to Streetfest and visited with a lapidary pal. Scored some beautiful semi-precious skulls -- and I picked some weird ones. Woweeeee... I've been looking everywhere online for decent skulls other than the dyed howlite ones and he can get me as many as I want.

Another view of the onyx skull to highlight the druzy swoop: 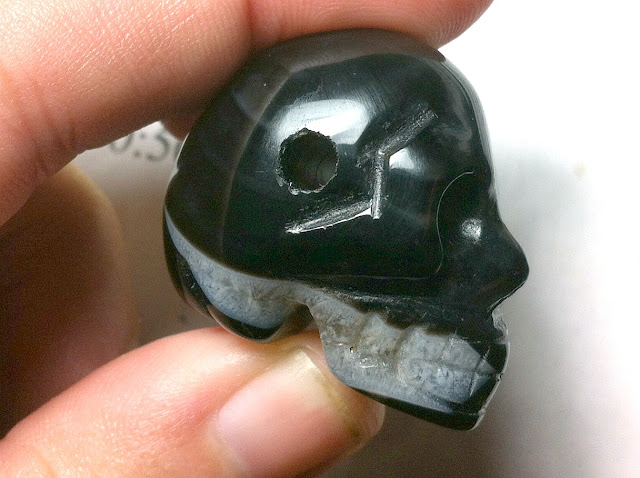 I reeeeally went to Streetfest to get myself a treat from Let's Eat Cake. Make that two treats: a fresh peach cheesecake square and a small tub of Rene's killer pasta salad.