No idea what I'm going to do with these yet, but I had fun watching Crossing Lines on Netflix and pounding the snot out of little bits of wire. I find I get caught up in making a pile of components and then figuring out later what to do with them. Makes for a lot of waste, I know.

It's also a sad commentary on movies and TV shows that I am able to not focus on the show a half to two-thirds of the time and still follow the action -- or more accurately, not really care if I've missed anything -- although I did like this show better than most. Love the locations, and love the mix of languages mostly without subtitles, the assumption being that most people watching (Crossing Lines is a European production) will understand. The one thing I delighted in while living in Italy was the seamless switching between languages that so many people I met were capable of. Not me, though. Alas, I am a linguistic dolt. 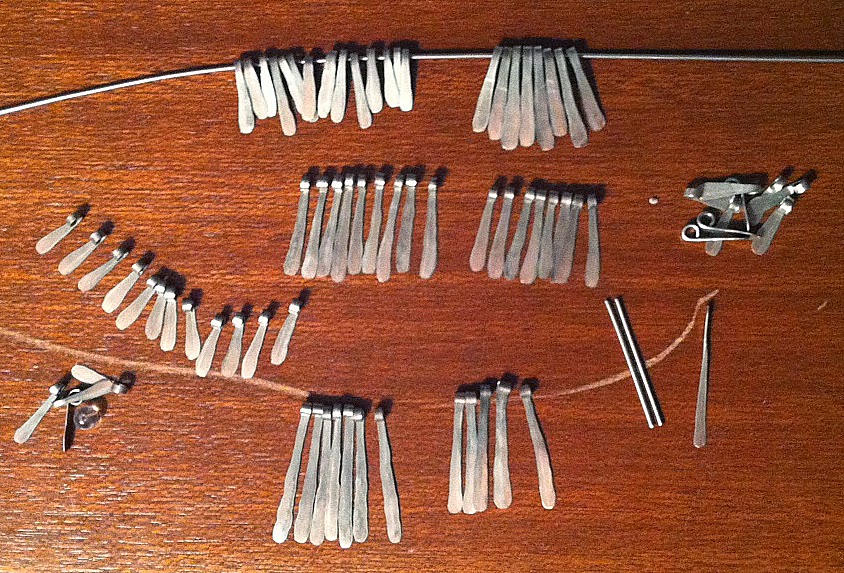 I used 16 gauge tinned copper wire cut at 1/8" intervals starting at 3/4". The maximum length using 16 gauge wire is 1-1/2" before the paddles get too flimsy to be used for anything. After hammering, once I made the loop, the overall length was about the same as when I cut it. The single long paddle on the right I did as a "bone". Today I want to make copper paddles, but will also make tinned copper bones, but, as noted below, I'll be using 14 gauge rather than 16.

Close-up of the shorter wires as they will look strung on cord: 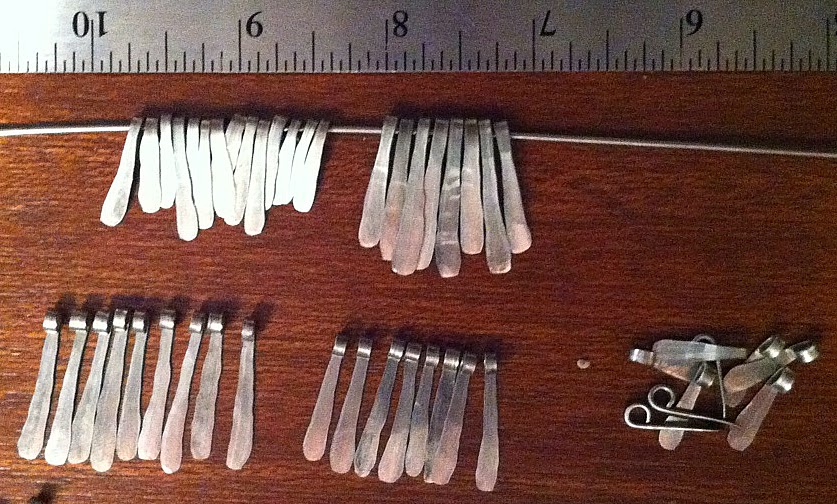 The short paddles on the top left I did in 14 gauge and I recommend that as the better gauge to make these in.

I really like the way the copper starts to bleed through at the ends. The blackish gunge will come off with a polishing cloth.

I cut the wires to length with memory wire cutters to get a good squared end. Flush cutters cut at an angle and when hammering the ends get super flimsy and sharp which will mean taking a lot of extra time to file them off. Always check the ends for sharp pickies, anyway. The last thing you want to have happen is some irate customer coming back demanding you replace their shirt or sweater, or worse, complaining that they cut themselves while wearing something you've made.

Another note is that I don't hammer on the same table my computer or phone is on. There is also plenty of cushioning underneath the anvil/bench block. I use a folded tea towel. Here is my multitasking setup, although when I'm hammering, I keep the table bare of anything that will jump around and fall on the floor: 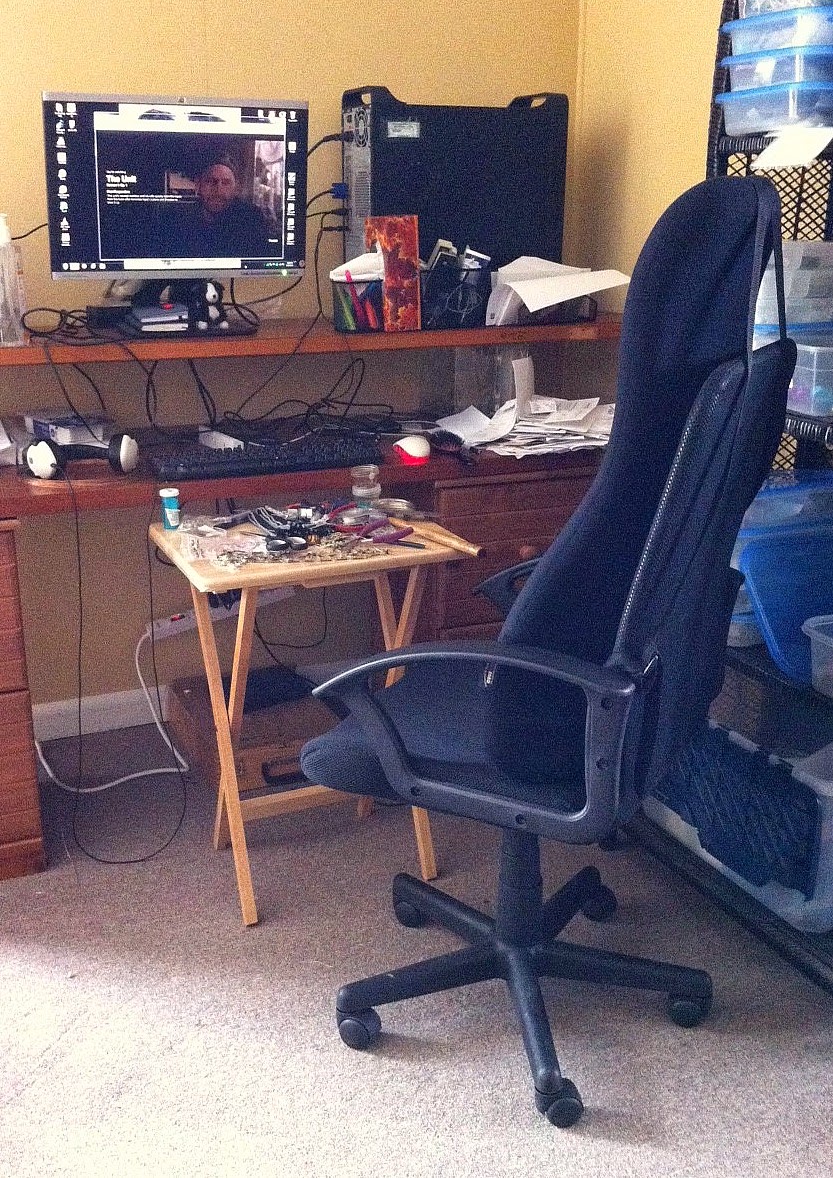 Further notes about the wire I'm using here. I love tinned copper for its pewtery and tribalish looks, that it's relatively inexpensive and that it is NOT coated. This wire is from Artistic Wire. Note that you canNOT use "non-tarnish" wire. Non-tarnish means there is a clear plasticky type of coating on the wire, which will crack and fray when it's hammered. You need bare wire. I get 14 gauge copper wire at the hardware store in the electrical department where I can buy it by the foot off a big roll. It comes as seven wires twisted together and I think I remember the guy telling me it's used for wiring stoves.

I keep old raggedy leather winter gloves to use for straightening wires.

There's also another type of wire in the electrical department with about 5 wires twisted together (has a black rubber-like coating that is easy enough to peel off after slicing down the length of the wires with a box cutter) but what's great  is that one of the wires is around 8 or 10 gauge (the others are around 18 gauge), really useful for making pendants or large focals. Canadian Tire, Home Hardware, Home Depot, Lowe's... there are many places to get copper wire.