I made these yesterday while watching Downton Abbey.

I had made the skull & noose bracelet, sent a picture to the customer I had in mind, he ordered it in a necklace version. I had in the meantime dug out those patinaed brass tubes that I've had for years and never used, made a skull necklace version for his approval, as well as two long necklaces, one with an asymmetrical wire-wrapped section of 6 mm quartz crystals and one with 6 mm Indian agate (which I got from Nelson Gemstones). 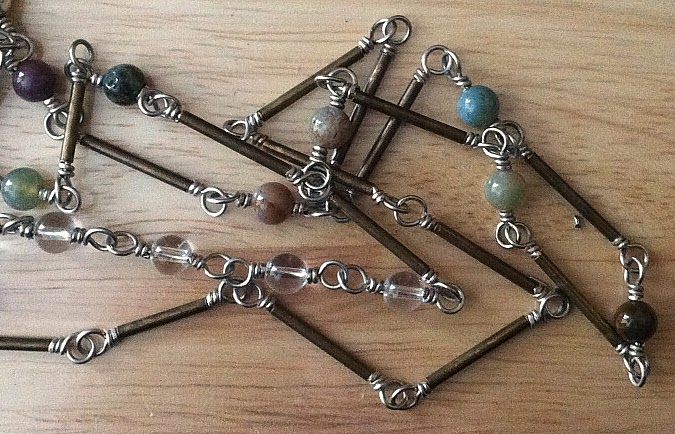 This morning I sent out the necklace picture and got another order for the plain skull bracelet.

Downton Abbey done for now, I've got The Unit cued up and ready to go as soon as I track down some lunch... or maybe it's an early dinner now. Yes -- yikes, it's almost 2:30. Then it's back to making skully things. 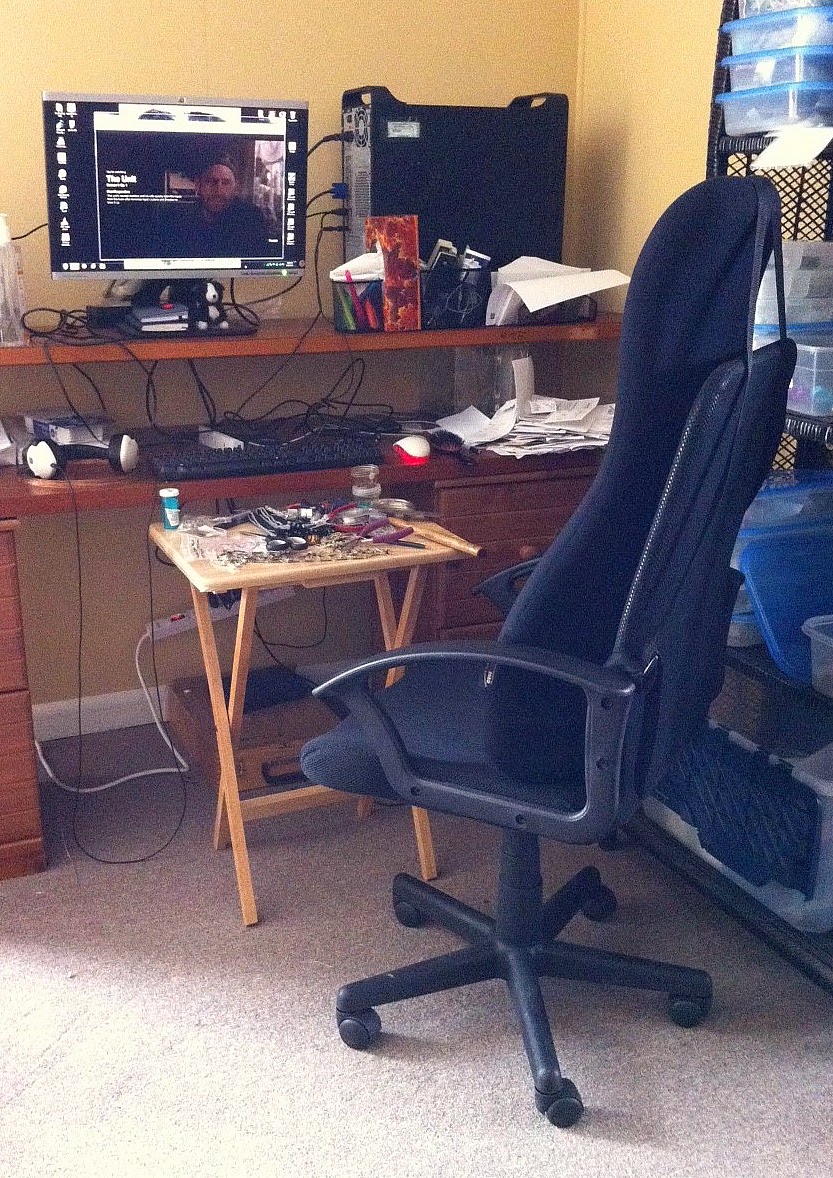 Hope you're all having a productive week. Thanks for looking!

You do all that work on that tiny little table? I hope you sell a bunch of those necklaces.

Thanks for the mention!

I prep at my other table(s) which are piled high with bins and beads. First I choose the beads I want to work with and design something, then move to the little table with all that is mindless and repetitive, and then I rev up Netflix. Doing both doesn't work if there are subtitles.