Happy Mother's Day to all the human, canine, feline, avian, et cetera, mothers out there.

Here are more variations on men's chokers made with spikes and some new skulls I got. 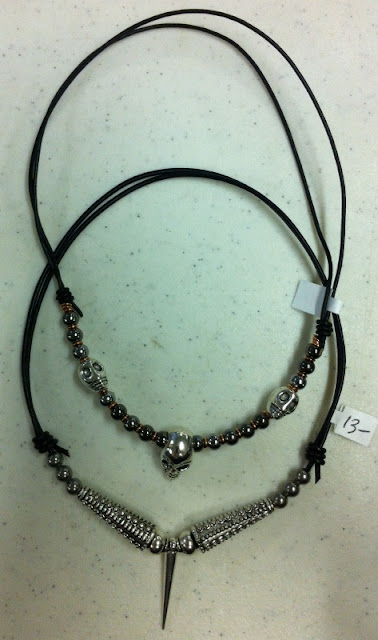 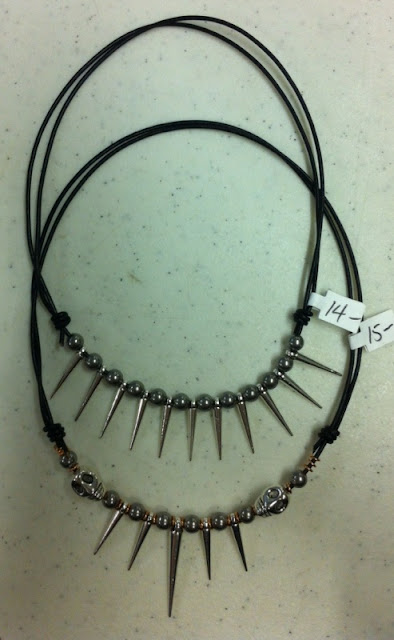 ﻿ Ferns -- after looking at ferns for years including out in the temperate rainforest climate of coastal BC and in particular Cathedral Grove on Vancouver Island and picking fiddleheads along the Nith River upstream from Paris, then this week watching them break through the earth below my window and slowly unfurl, I noticed something really interesting: how it's as if there are one, then two parent stalks, and then a number of baby stalks that come up one after the other, all facing protectively inward.
﻿
﻿ 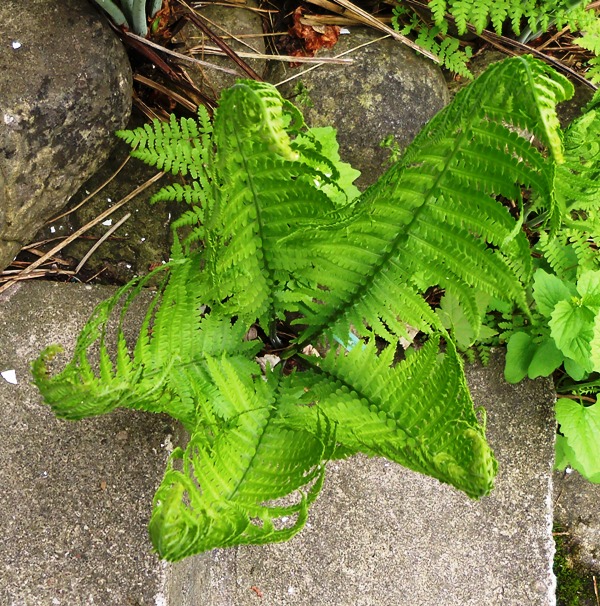 Here is a picture of the local Leamington tomatoes, so sharply sweet, juicy and tangy that nothing needs to be added, which I bought at the market yesterday and taste almost -- almost -- as good as the ones I used to buy in Rome. There is nothing in the world like Italian tomatoes, especially when they're bought from one of the little neighbourhood street markets early in the morning. In the meantime, until I have a plane ticket to Rome, I am very happy to have found these, albeit greenhouse grown. If this is their greenhouse quality, imagine what the field tomatoes are going to be like! 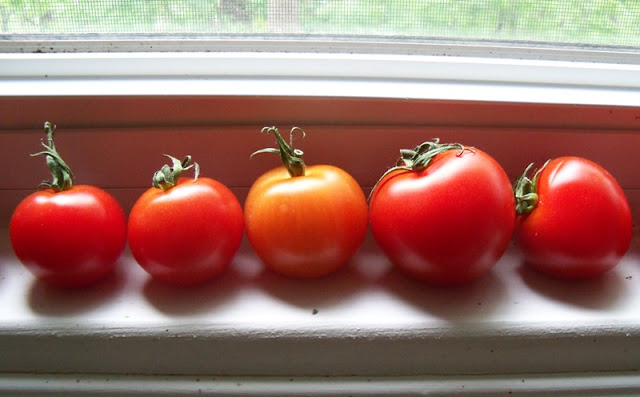 Thanks for looking!
Posted by Barbara at 10:56