Baby Robins Have Grown Up, Up and Away...

When I walked out of the house late this morning, the first baby -- well, teenage -- robin flew off the nest and down the lane. This one is notable for not having any remaining pinfeather halo on its head. 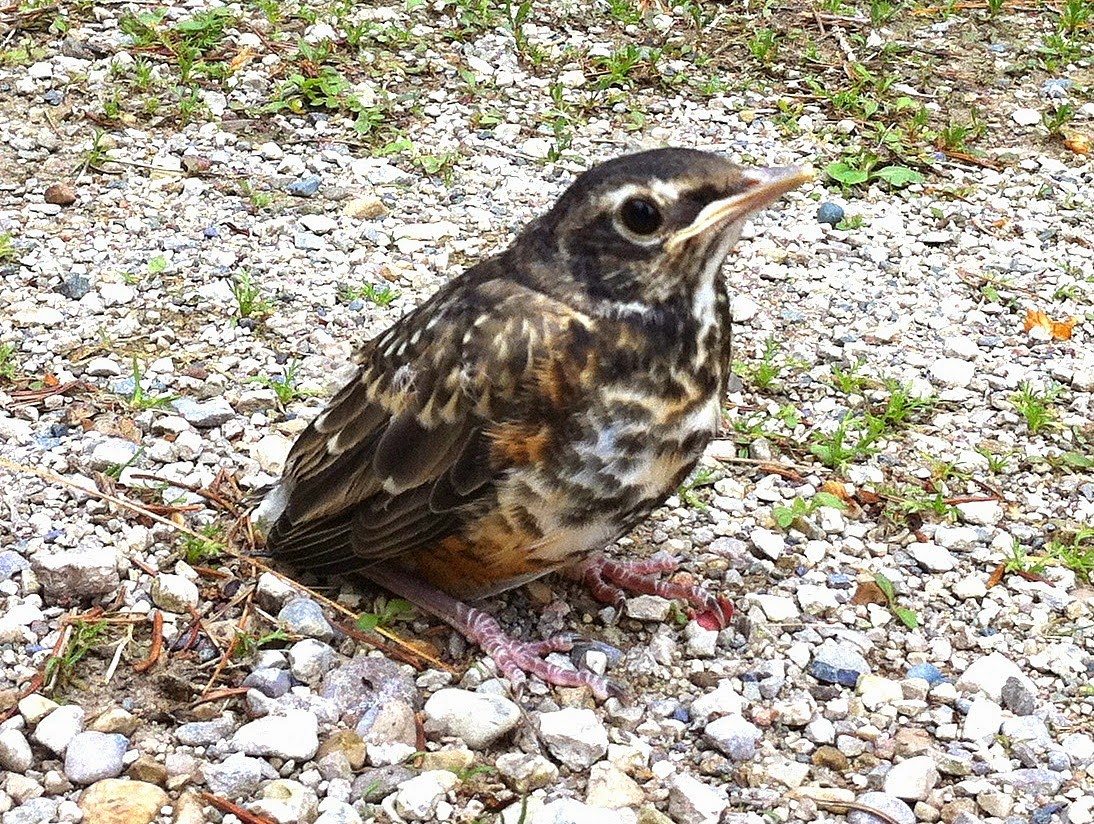 When I came back about an hour later, there was one robin left perched on the edge of the nest. At a distance, I thought at first it was the mother, but since she and Husbird were dive-bombing me and squawking warnings, like, maybe "Fly, fly, you idiot!", I figured I'd better get in the house and let this one figure things out. Just after I took the picture, he/she flew out and onto the grass. This one still had a pinfeather halo which you can just see on the back of its head. 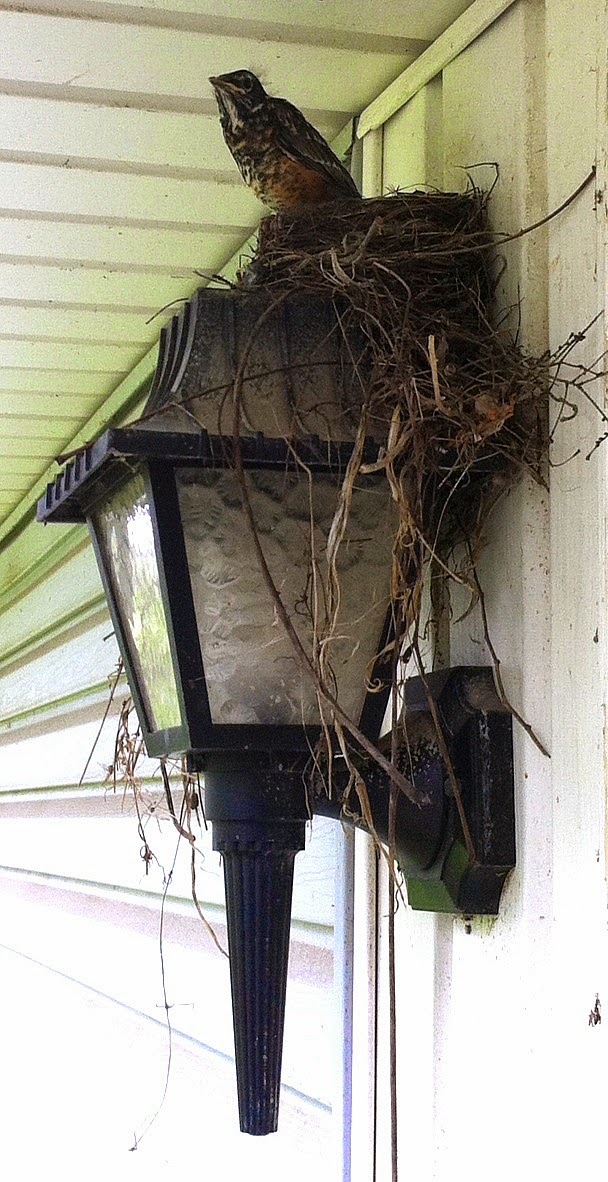 I still am amazed at how quickly they grew. I took this picture just yesterday: 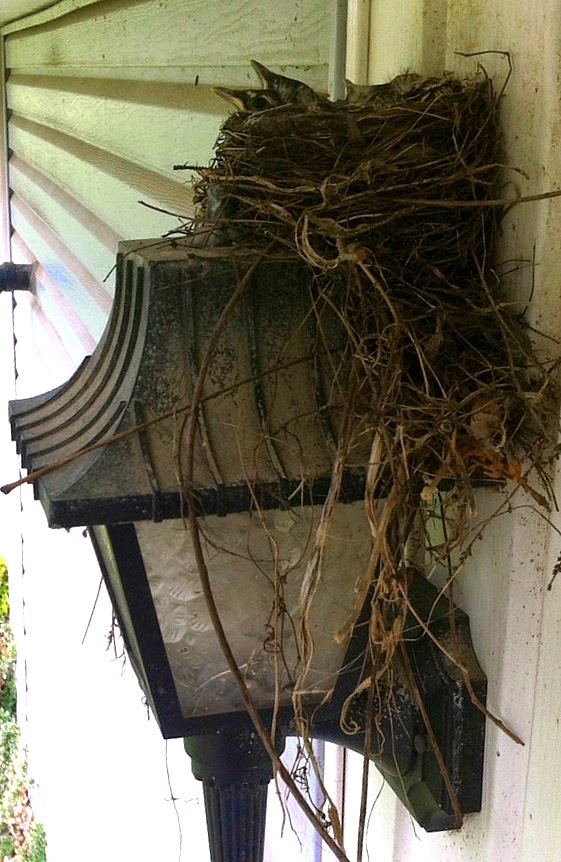 I'll take this nest down and see if they build another one.

After I got back I was wandering around behind my little house looking at all the wild strawberry flowers and white and purple violets carpeting that part of the yard and noticed in amongst the ferns some equally tall blue flowers which I've never ever seen before. Looked them up online and found out they are Virginia bluebells. Honeybees and butterflies love them which explains why I've seen several of both on the occasional warm, sunny day, despite how cold and damp it's been this year even now in late May -- The furnace has been been kicking on most of today. 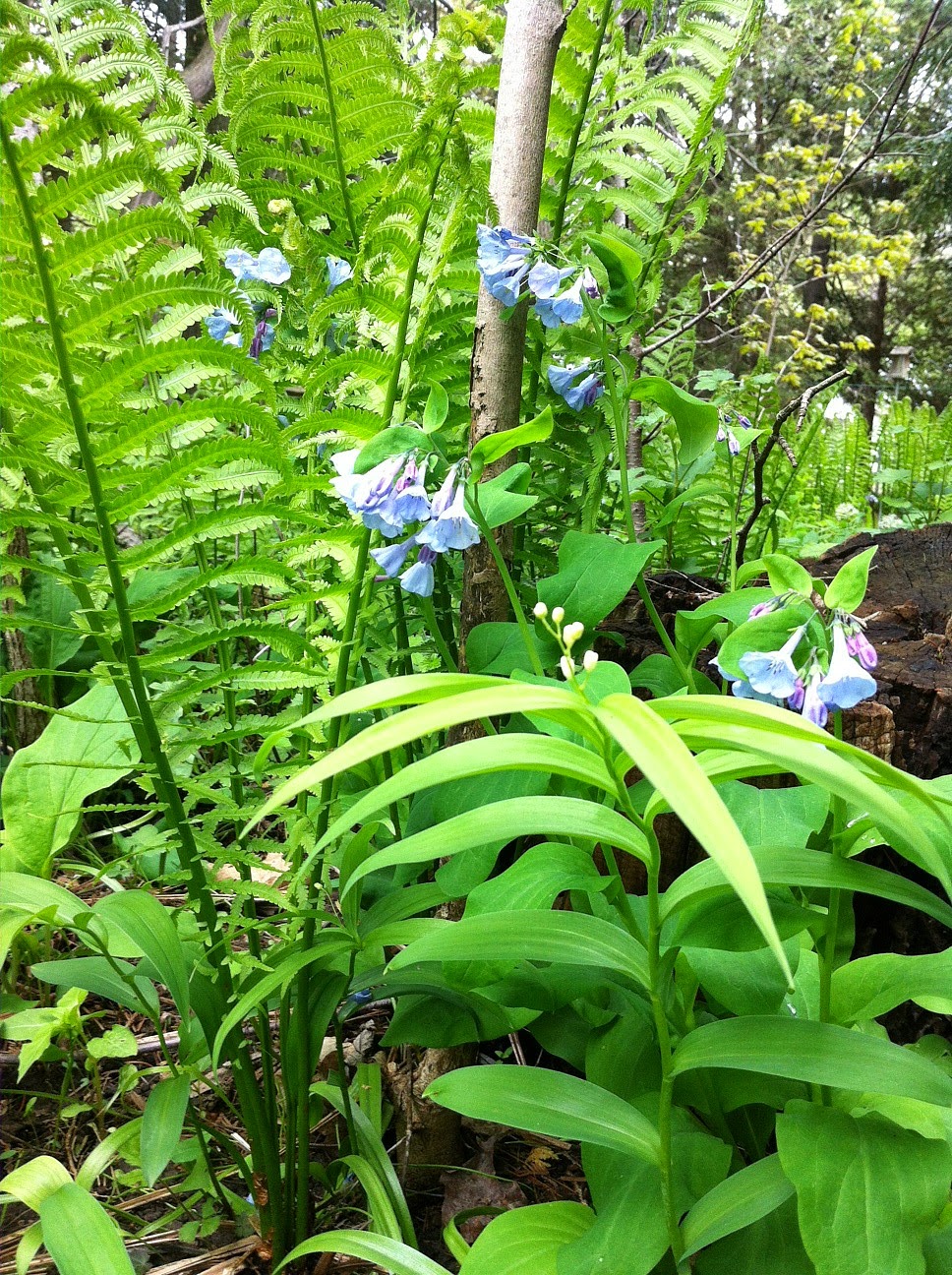 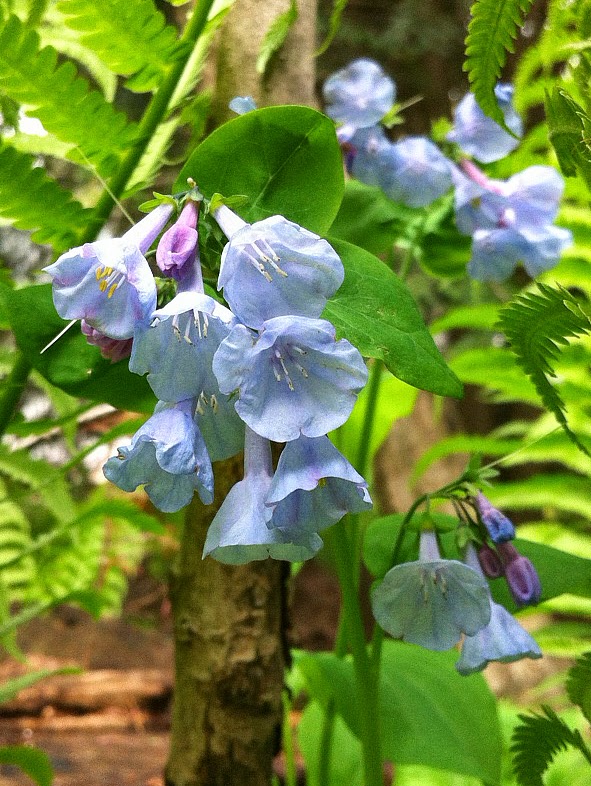