I found two strings of older amber this weekend at an estate sale. I'm assuming the original owner bought them in Eastern Europe during the late '70s to very early '80s since there were several souvenir pictures of John Paul II as a young Pope in the house. I knew what the amber beads were immediately, but I almost passed up the dark beads because I thought they were plastic -- I was fooled by the cut of them, not to mention both strings had been stuffed into tiny Ziploc snack bags -- but it was the glimpse of white string in the dark pack that gave them away.

The graduated string of cognac amber splinters and nuggets is 32 inches long and the string of graduated 4-sided oval dark amber beads is 28 inches long. 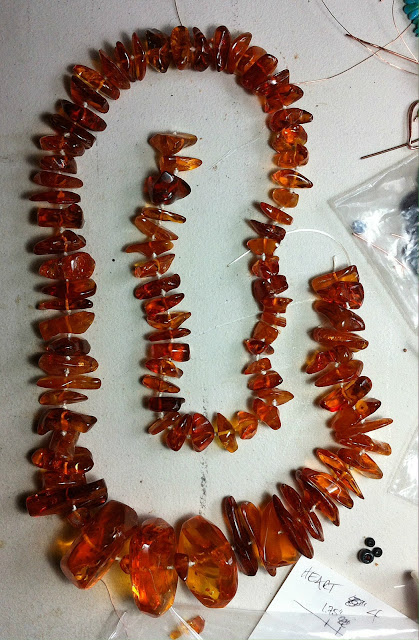 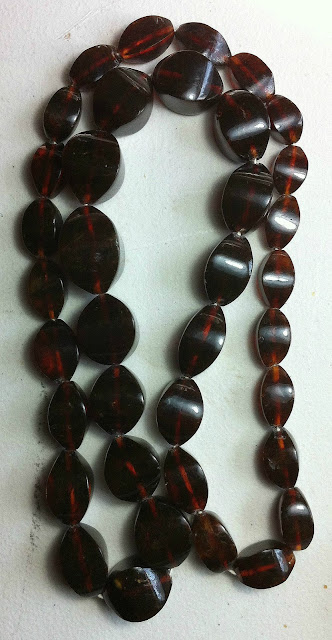 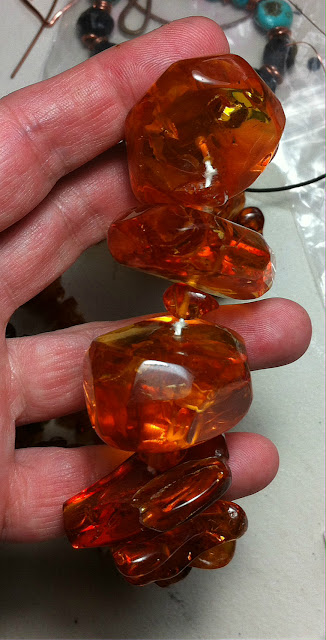 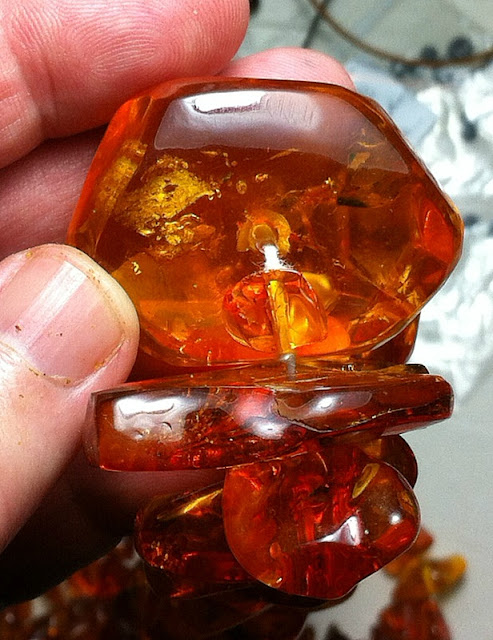 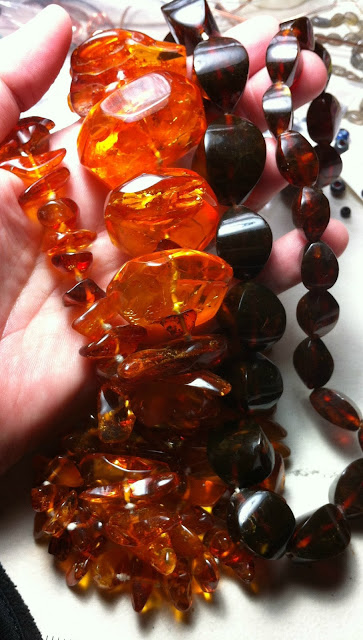 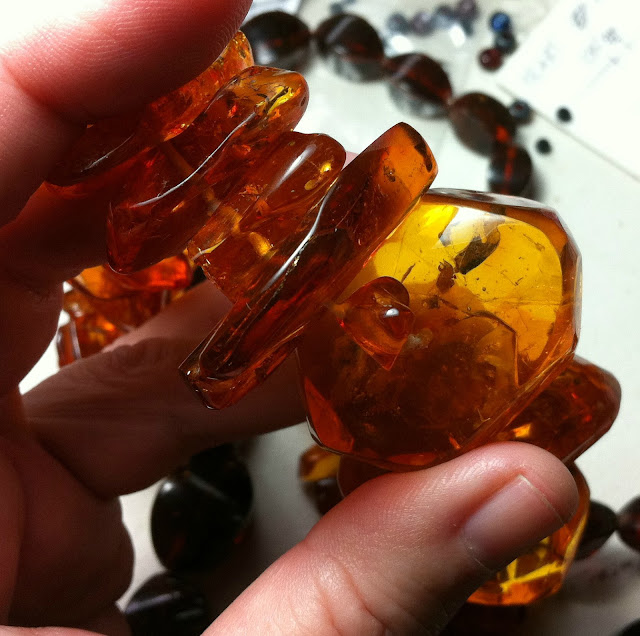 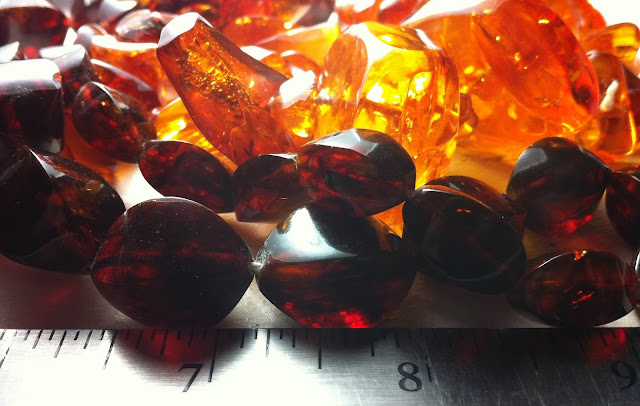 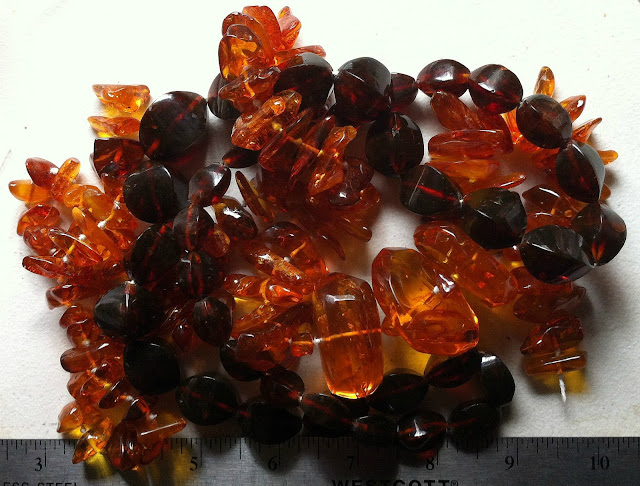 I'm in my usual state of paralysis here, and have zero idea what to do with these. What other beads would be worthy? Where do I even start???

Thanks for looking!
Posted by Barbara at 14:50

Oooooh, you found some luscious amber! And large pieces, too. Wouldn’t it work well with some of your turquoise? Hope the dark amber is reddish. I have mostly small chips which are fun to mix with Czech glass in different shapes for stretchy bracelets. The glass beads give it some weight. Because of amber’s softness I use my larger beads in earrings or pendants which don’t get hard wear. I have to be careful what I mix with it, keeping abrasion in mind. Anyway, when you hold a handful of amber in the winter sunlight, you can almost feel its heat!

Hi, Rosanne, how are you doing? I want to keep the amber until the Gem Expo to show it to the lady who runs Amber Link and get her opinion on it as to its value. The dark amber is almost black until you look under a strong light, then you can see the swirlies inside. I know so little about amber, I have no idea if dark amber like this string is natural or treated in some way.

Yeah, turquoise is the obvious choice! I know exactly which turquoise I have that I'd like to put with the amber, too. Maybe I'll make something while I'm at the show.