This is a signed, artisan-made glass pendant (not the cheap flower-burst kind), and it means a great deal to my customer. Somehow the curved glass at the back that formed the bail broke off, and she asked if I could rescue her pendant. She agreed that in this case I would have to glue on whatever bail I could come up with, and she also wanted me to use silver wire.

The pendant is barely 1-1/8 inches high. 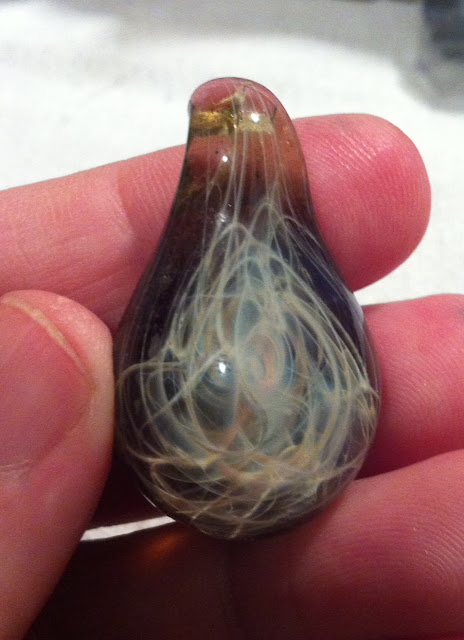 The break was fairly clean, but I filed the edges first before I did anything else. 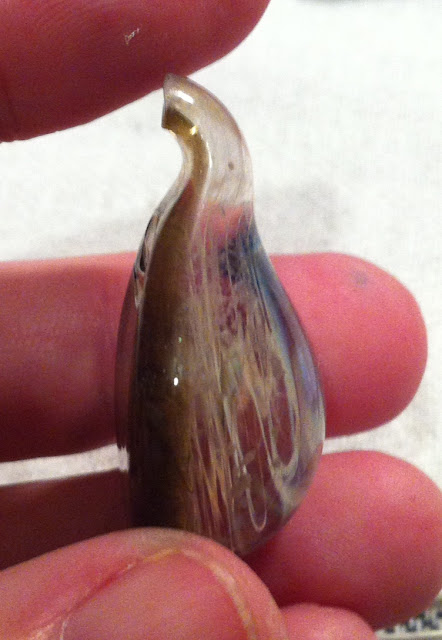 First I made a wire yin-yang symbol with 18 gauge dead soft .999 silver and hammered it flat so I'd have the maximum glueable surface on the back. I started wire-weaving with 28-gauge wire to form the bail and, after using a ball point pen barrel to get the curve, wired in a simple hammered S-swirl (no photo) on what became the top front for interest, and immediately below the S-swirl hammered two swirls at the wire ends to glue on the front.

I used Super New Glue, as it dries crystal clear and it appears to bond very well to smooth surfaces.

I did warn my customer to not let her pendant get too cold (we're heading into winter here) as thermal shock might possibly cause the glass to shatter as it and the silver metal expand and/or contract when going from super-warm houses into cold air.

I left it overnight to dry thoroughly. Because I wasn't sure what I was doing, this took me about an hour and a half to do, but now that I'm more familiar with the wire, I suspect this would take 30 minutes tops to do again. 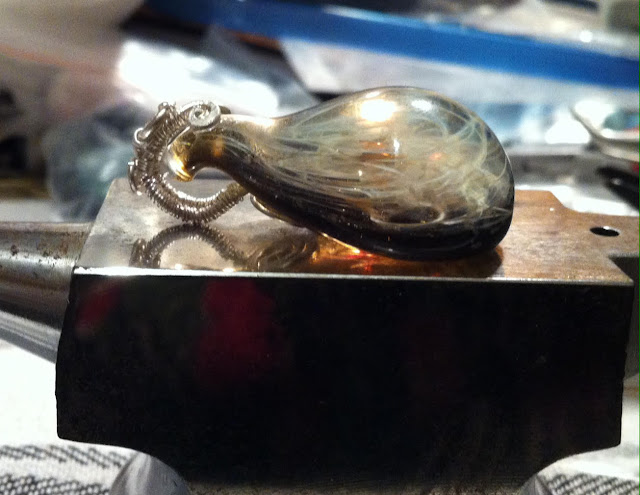 View of the back yin-yang -- and I sure hope the shapes are facing in the correct direction! I still don't have the heart to look it up and find out I've made a grave error. :-))) 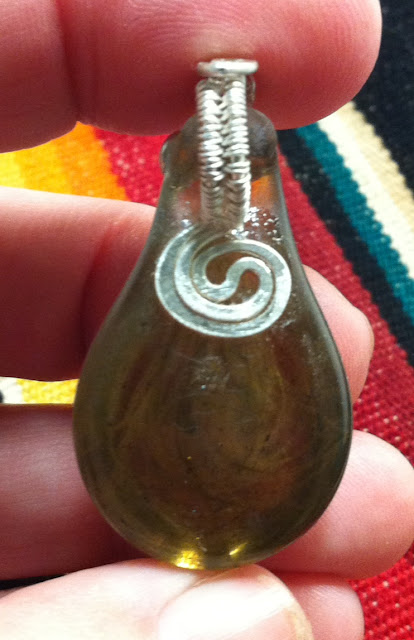 I used .999 silver wire for this, and this is the first time I've used it. I'm very pleased with the malleability, but not so pleased with the work produced by my stumpy fingers! I found out the hard way earlier this year that so-called dead soft .925 sterling wire isn't as dead soft as it needs to be, and that I should've bought .999 fine silver wire instead.