Finally up & running... for now

That explosion in the typing factory was my power box thing whatsit. My hard drive must be close to eight years old -- several lifetimes in computer years. Over the years, pretty much all the innards have been upgraded and replaced, but not the power whatsit. It was either its time to blow this popsicle stand we call earth, or it was a massive power surge, which we do get frequently out here in the country. But I don't think it could have been that, because everything else that was hooked up is fine. No damage at all to them. Anibal says the surge protector worked fine -- it did what it was supposed to do, blowing out the power whatsit. If the surge protector hadn't worked, the hard drive would have been fried, as well.

I was customer NUMBER ONE at 11:55 yesterday morning, Thursday, February 6th, at Anibal's new PC Farm location on Vaughan Road in Toronto, just around the corner and south of where he used to be. The sign at least will stay the same! No more steps to carry heavy desktops down. 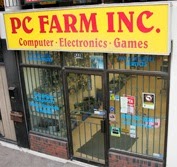 He'd opened his first store on the mezzanine level of a dollar store across the street from this second location around the time I moved back from Italy in the fall of '98. I was wandering along St. Clair looking for a place to buy printer ink. I'd just moved into the neighbourhood and there he was -- and I've been a faithful customer ever since. 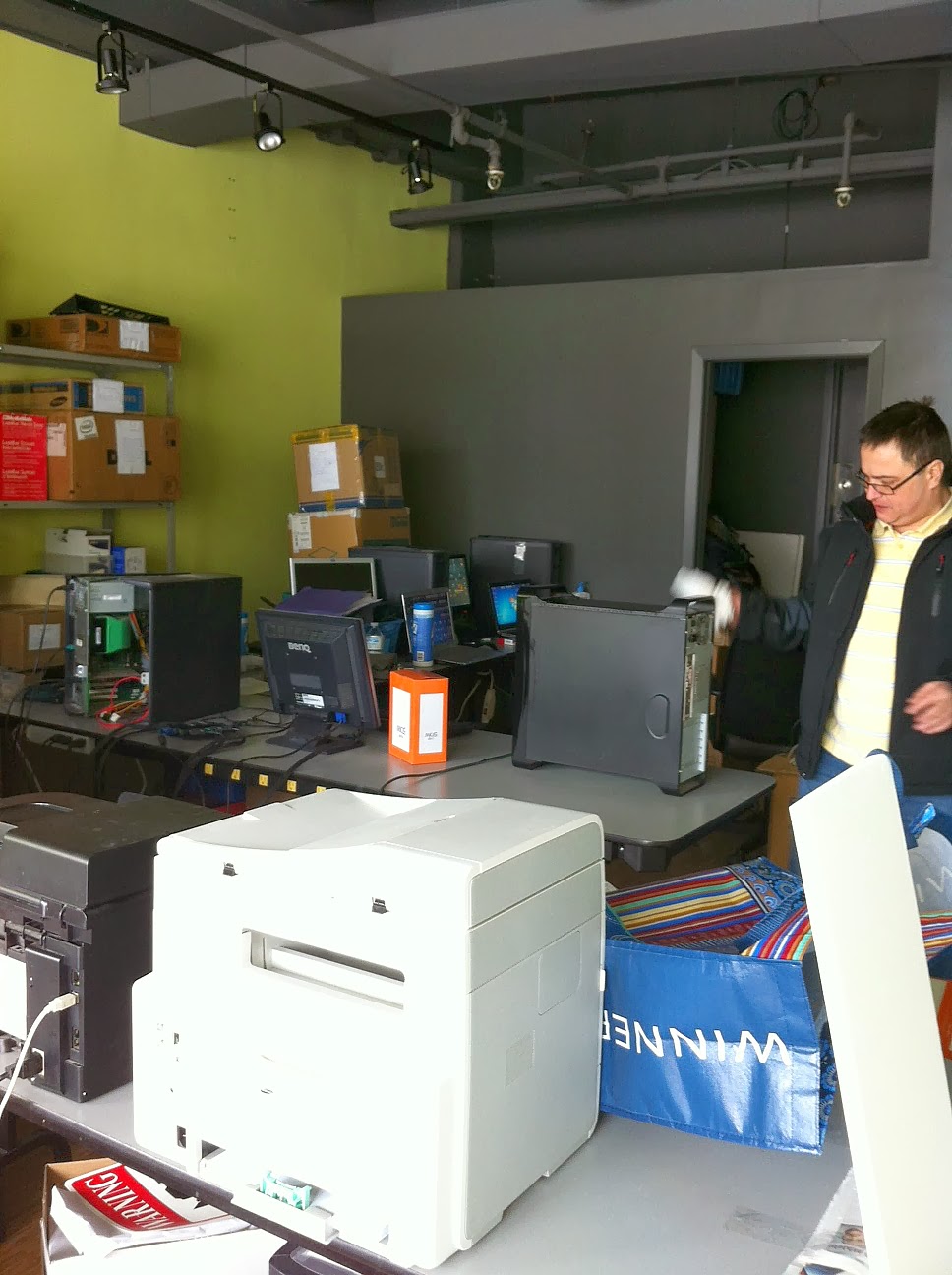 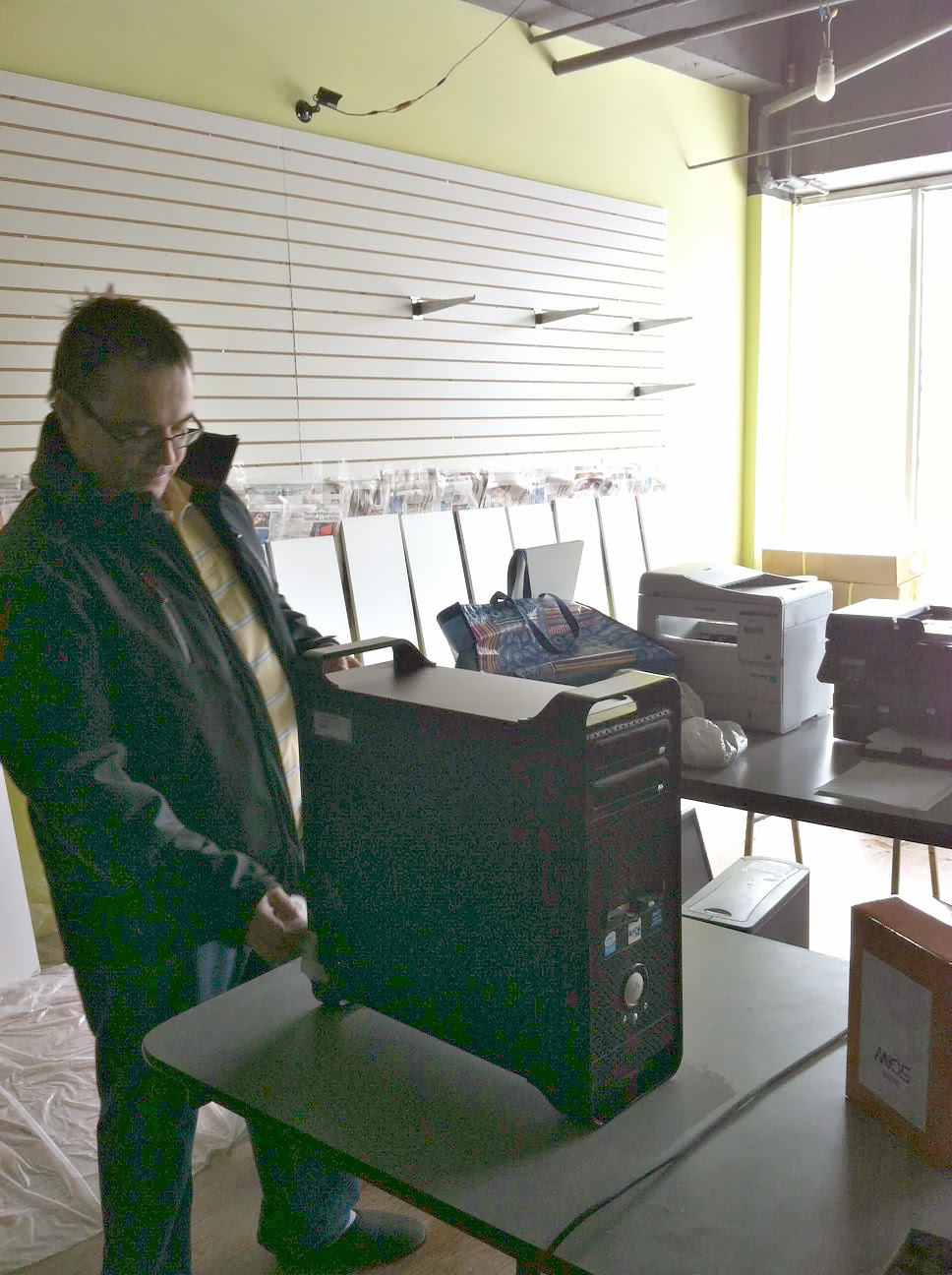 Track lights were being installed and shelving painted while I was there. Everything is in boxes, but he's still open for business. He replaced the power whatsit AND discovered I had a huge virus and several little ones. That's what took the time to get rid of, otherwise I'd have been on my way in 20 minutes.

He also told me XP is going the way of the dodo some time in the next 2 or 3 months so I MUST upgrade to Windows 7 sooner rather than later. Oh, noooooooooooo... but I can keep my 2003 for Word and Excel. He did promise me that. I will finally be able to get a backup laptop for a good price. I suppose I'll survive. Hey, what can I say? I still miss WP 5.1 for doing transcription. All this changeover has to be done in the next couple of weeks meaning another trip to Toronto. Maybe this time I'll be able to get in a little bead-shopping in the morning.

Meanwhile, in between shovelling that pesky snow that will not stop falling, I have been busy:

These are some things I've made this week. Trying to work with asymmetry. Asymmetry is pure agony for me -- in 3D. The only way I can see if it works is to turn it into 2D -- take a picture. Part of what I am trying to do here is a balancing act in another way: in designing my jewellery I try to leave room for people to add their own dangles and more chains while still being able to wear the items as they are. 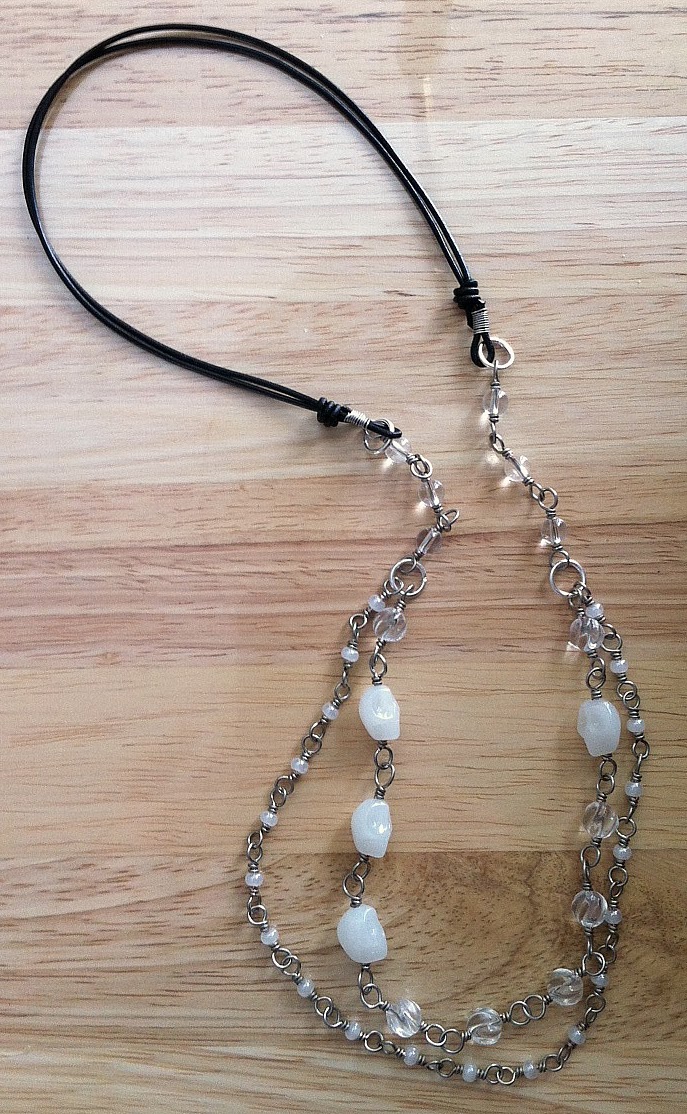 After umpteen addings and subtractings of skulls or not, extra quartz beads or not... 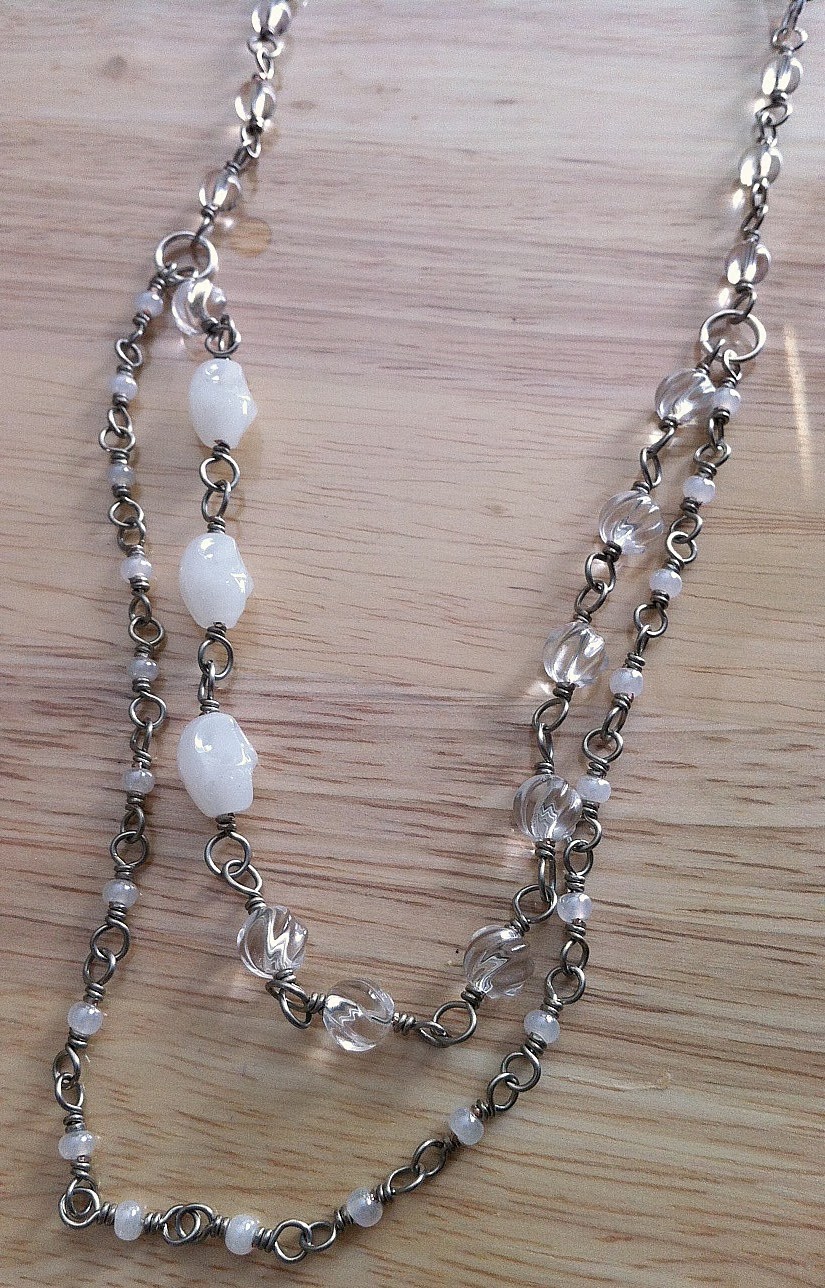 Final iteration, and a pair of earrings to match. 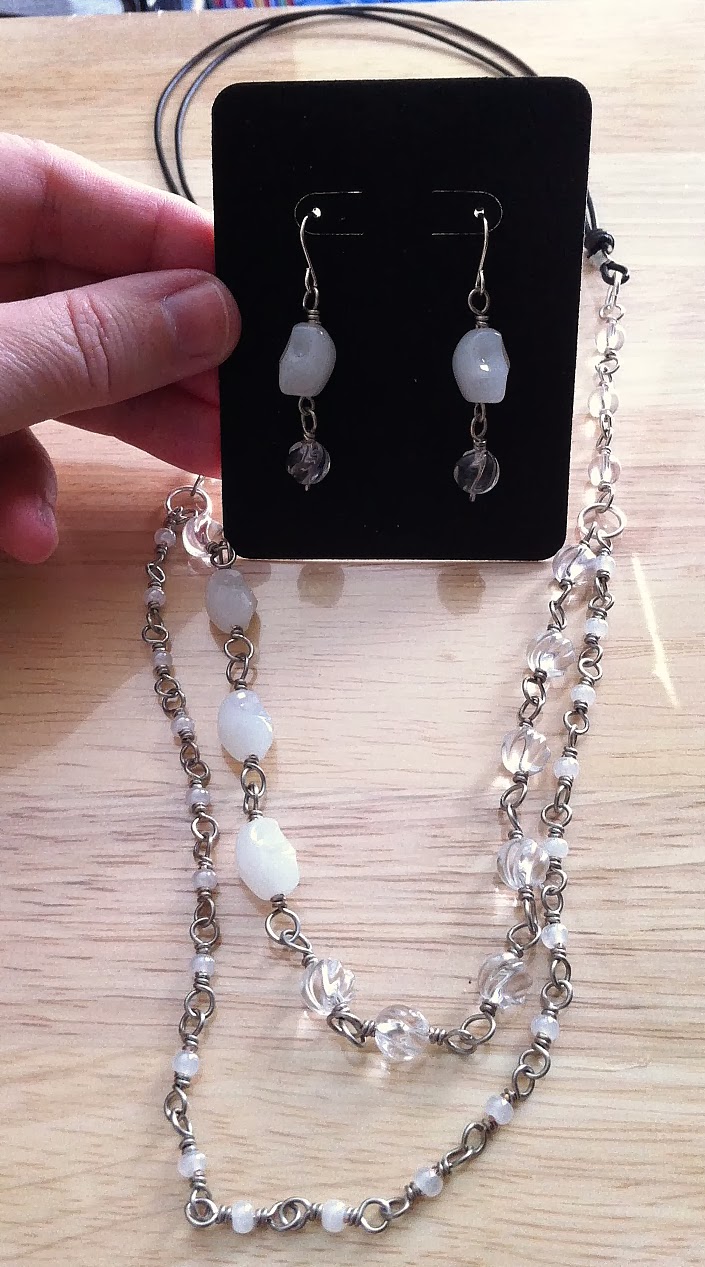 One of the many miles of seed bead chains I made in late November while watching waaaay too much Netflix:

Playing with colours. The multistone rice beads look fantastic wrapped like this -- and of course I only have one string of it. I want to use the other half of the string and try it with copper wire. This has been dismantled, but isn't that Nacozari turquoise beautiful with the green and blue together?

Just wanted to mention: go check out Lisa Yang's jewellery blog. She's doing a whole series on basic wire wrapping and hammering, what tools to buy and why.

Thanks for looking!
Posted by Barbara at 13:04