Still working out the no Internet-so-go-to-the-library merry-go-round...

...getting there being more than a little difficult when it's -43C with the windchill, as it was yesterday. 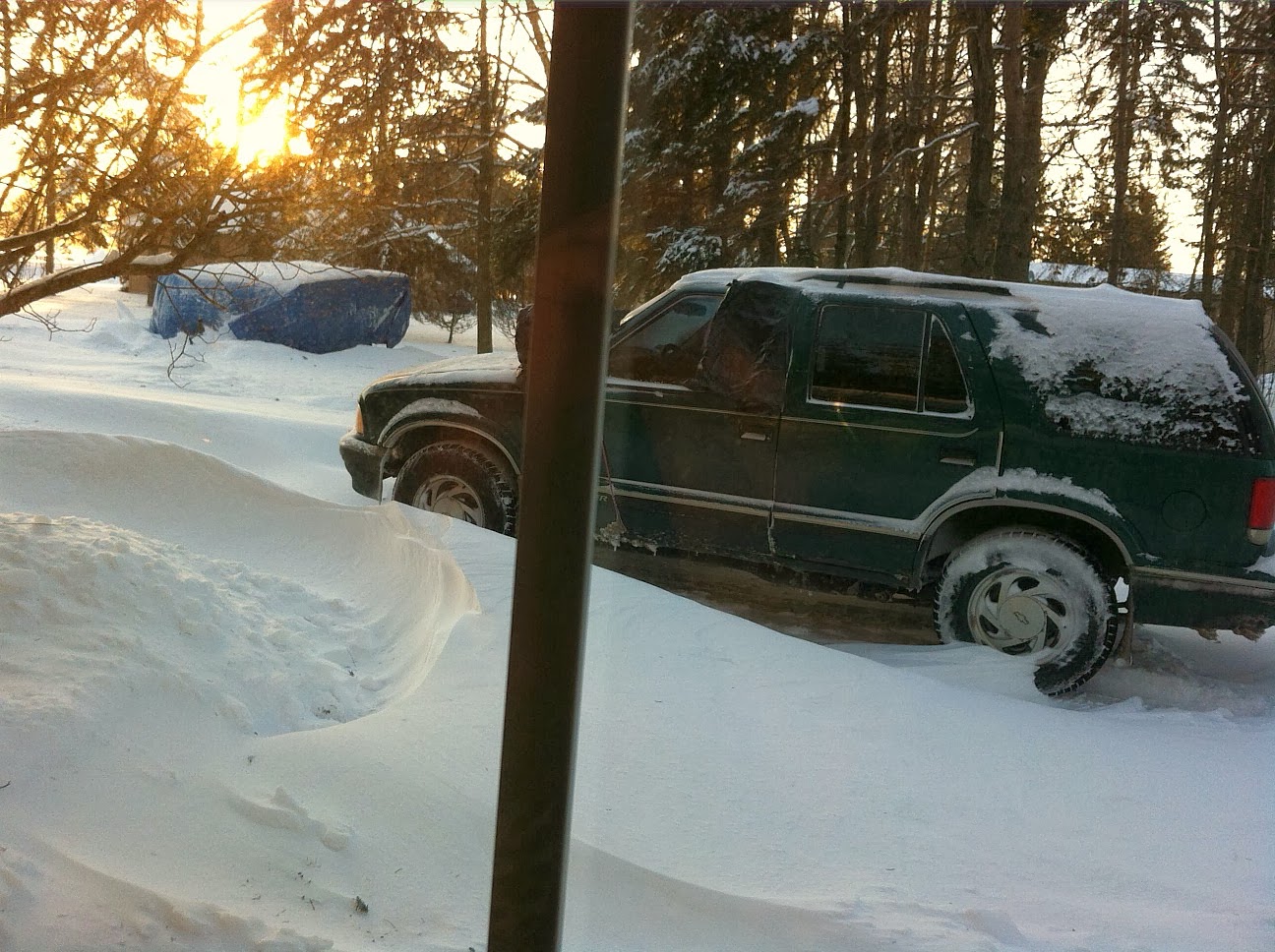 Yikes. Luckily, the wind was consistently from the west all day and basically scoured my lane clean the rest of the way to the highway, except here where it drifted around the truck... maybe I should've moved the truck... to the east end of the pullout, which means the drifts would have formed to the east of the truck and kept the pullout clean... d'ya think?

Today, after glaring at the snow with my laser vision -- which doesn't work on snow at all, btw -- I shovelled through 18 inches of nasty hard-packed, finely-drifted snow to get out. Still no room to turn around later though, when I drive back in. This is all gonna be even more fun because... it's supposed to go up to PLUS-10C by Saturday AND rain... and rain... and rain. And then get cold again and the world will become a giant skating rink.

In the meantime, I've been working on filling and arranging my showcase at the One-of-a-Kind Antique Mall. It's looking kinda pretty these days.

These pictures were taken January 5th... 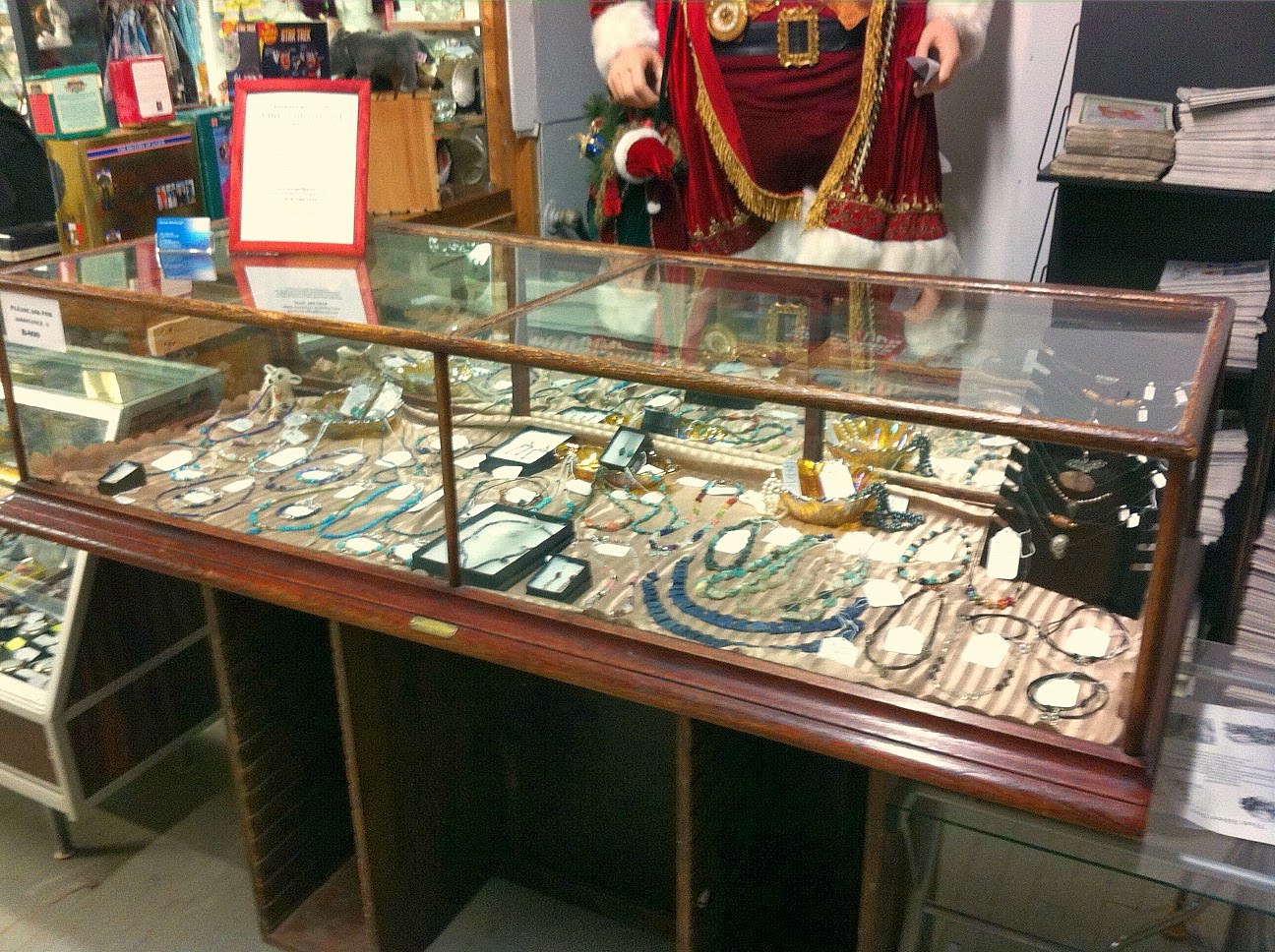 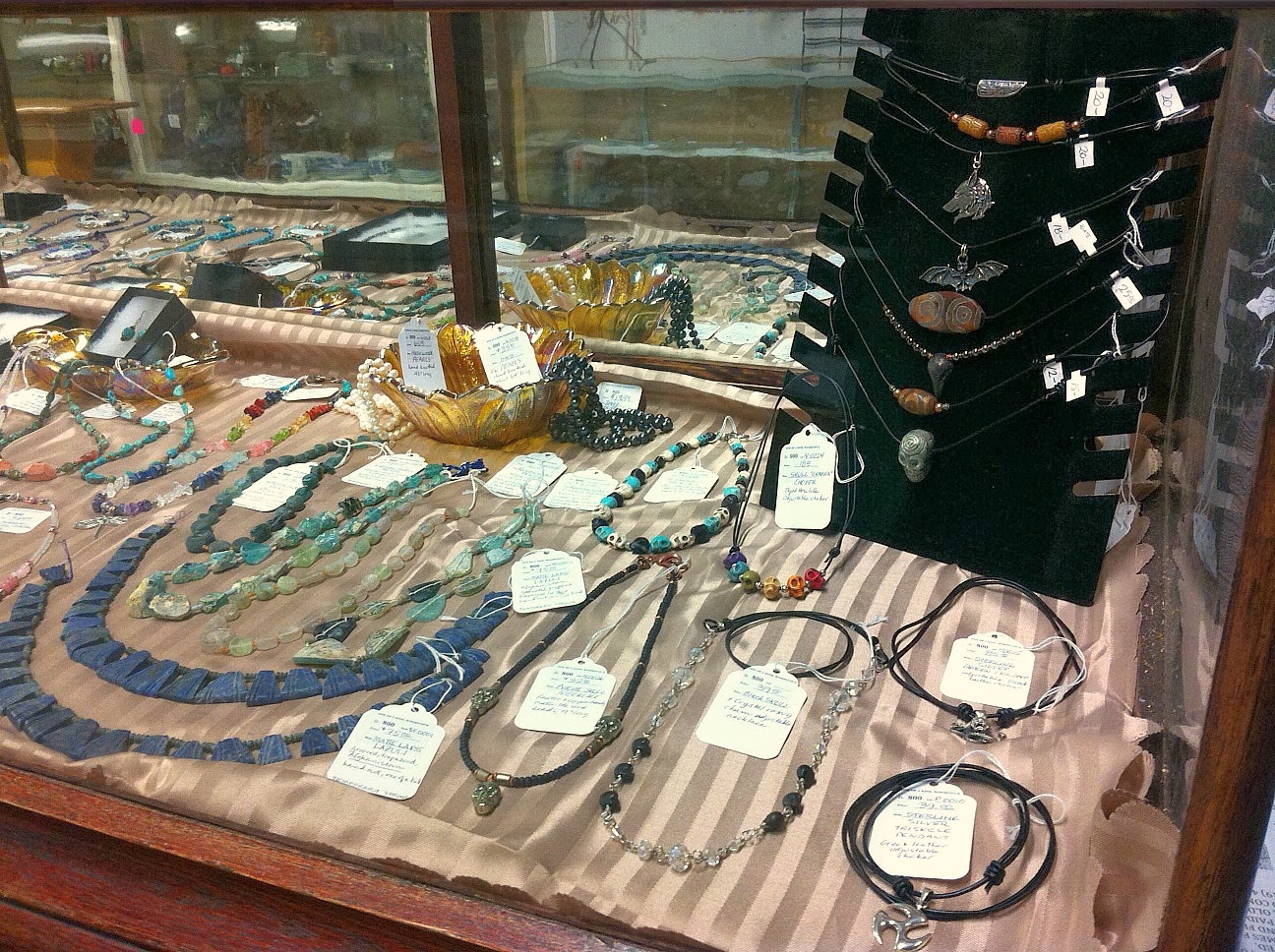 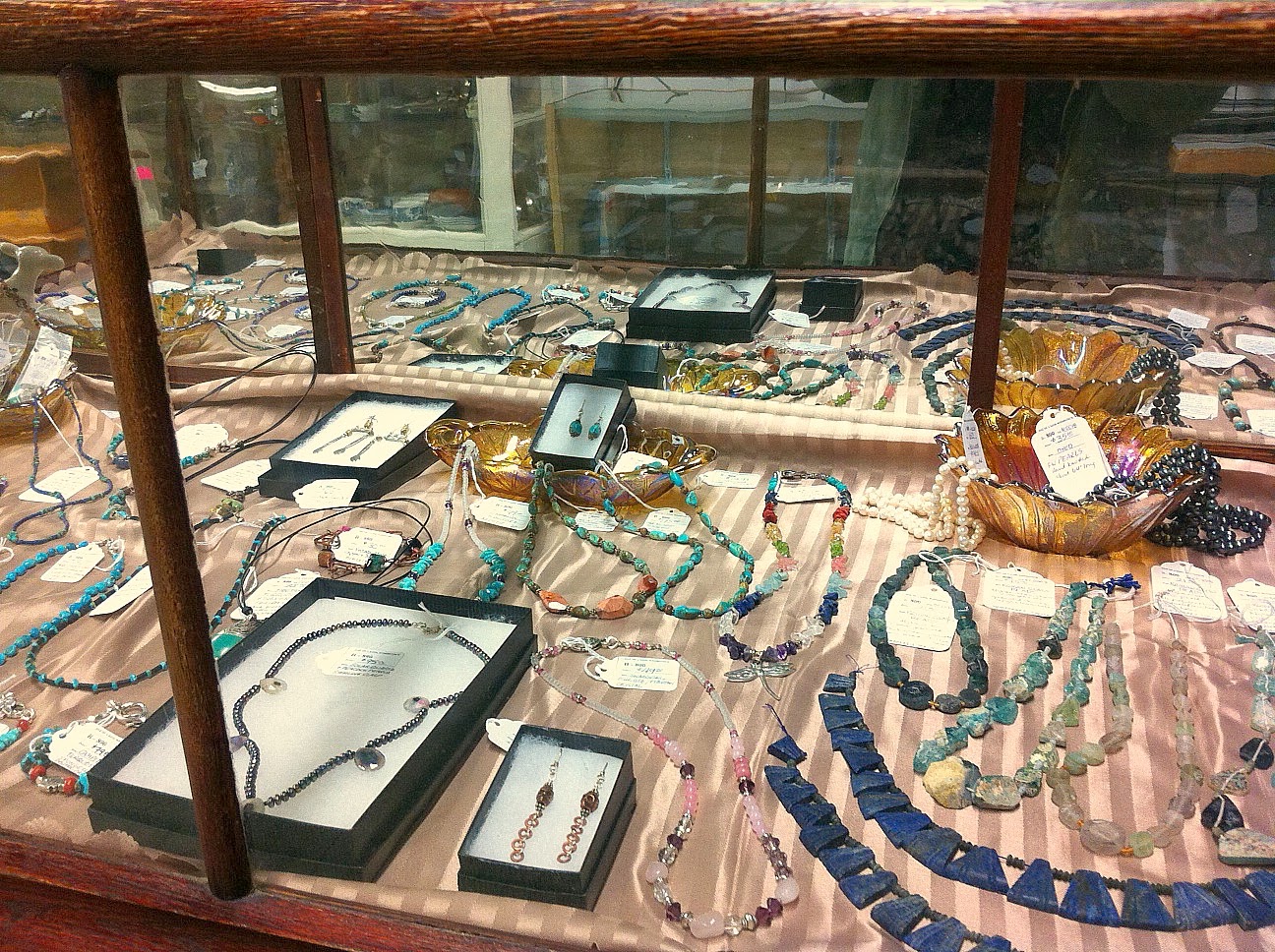 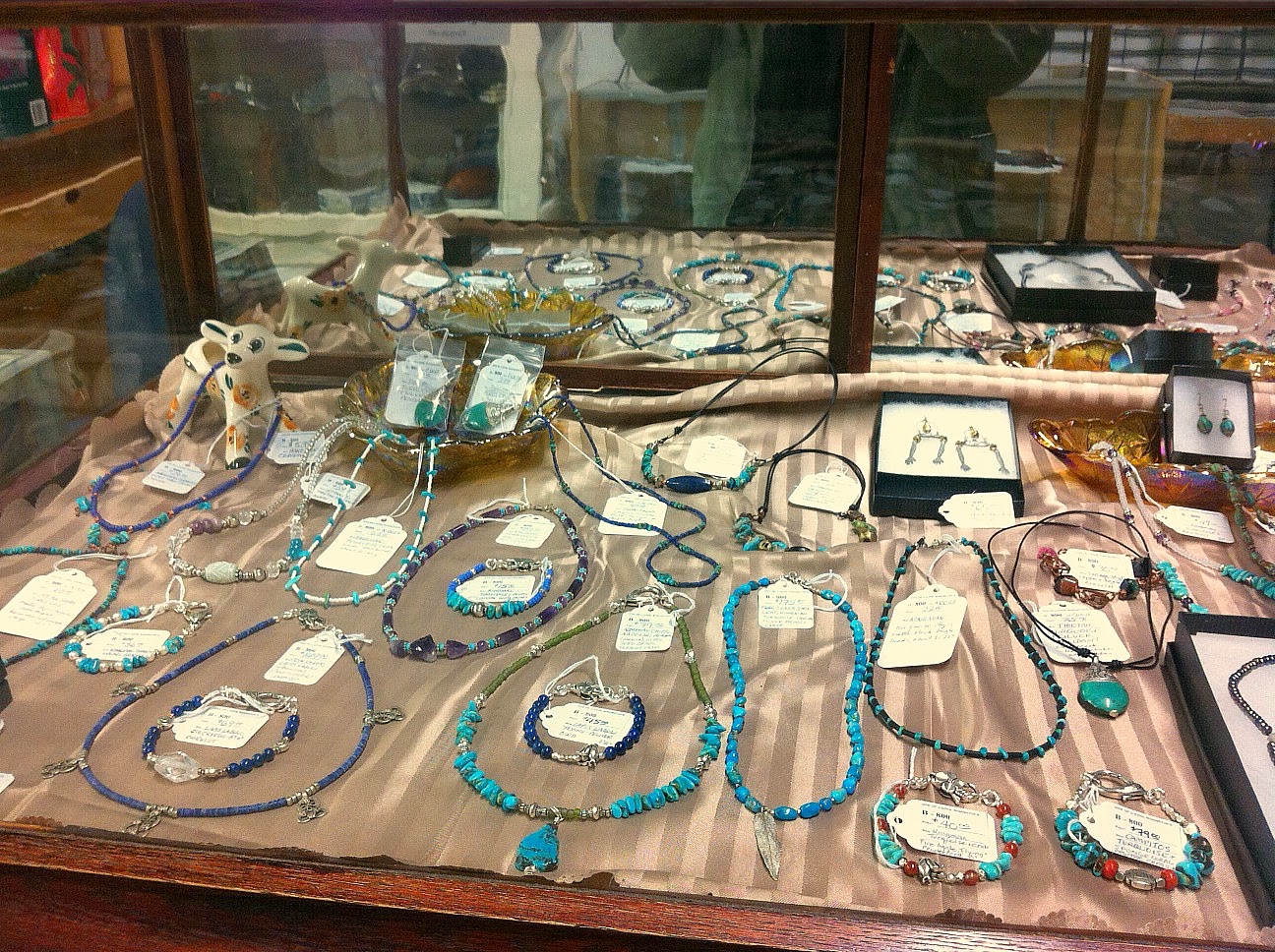 January 6th, I decided to create some interest by getting the Roman glass bead strings off the floor of the case. This enabled me to be able to put more examples in: 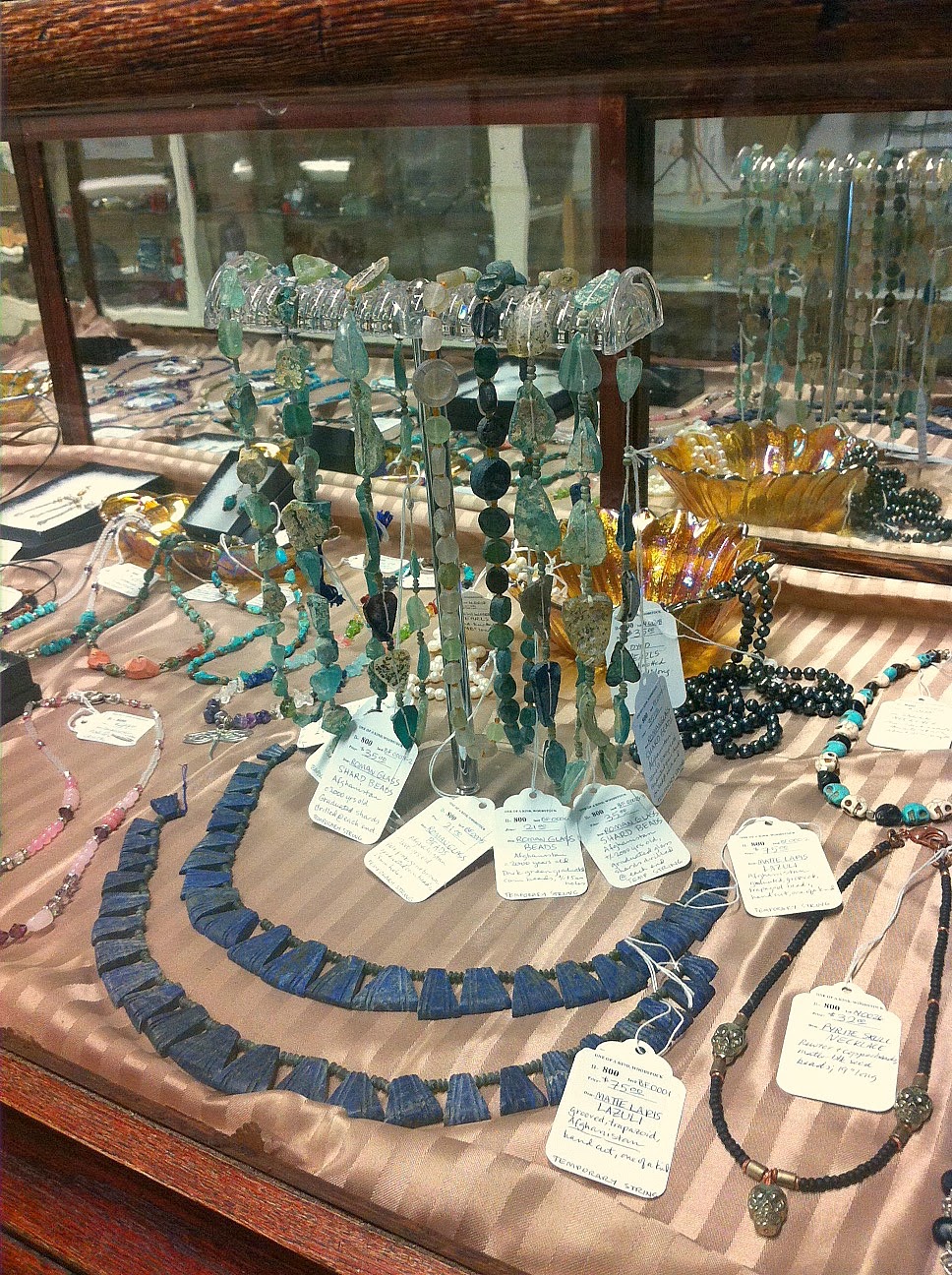