There is no market today -- the Woodstock Fair has taken over the market space. I was supposed to go to Toronto today, in fact, by this time (10:32) I should have been paying for feathers, Swarovskis and ear wires, but the streets around the St. Lawrence Market are closed for Buskerfest. Going to that market to see all my old pals from when I was a vendor there ten years ago is my primary reason for going to Toronto on the two Saturdays per year that the Woodstock market is closed (fair today and, coming up, the Woodworking Show). Plus, the downtown core will be packed with people attending the funeral of Jack Layton. What a tragic loss for Canada. Not a fan of the NDP, too much knowledge of their doings from when I was a budding investigative journalist way back when in BC in '92, scumsuckers, the entire lot of 'em, but I probably would have eventually voted for him simply as being a decent and honest human being.

I've been busy all week. Put together a large silver order for Studio Works in Paris and an even larger silver and a turquoise order for the new Woodstock Art Gallery gift shop, which will be officially opening on 9 September. I might even go to that. The new gallery is absolutely gorgeous, and I figure I know a few things about galleries, having been to so many of them across Canada and in Europe.

I came home yesterday afternoon to a visitor at the sliding doors to the deck. He was walking up the glass licking bug splat, I guess, off his feet every few steps. Is this what my life has come down to, where even the bugs dare to critise my housekeeping, or lack thereof? 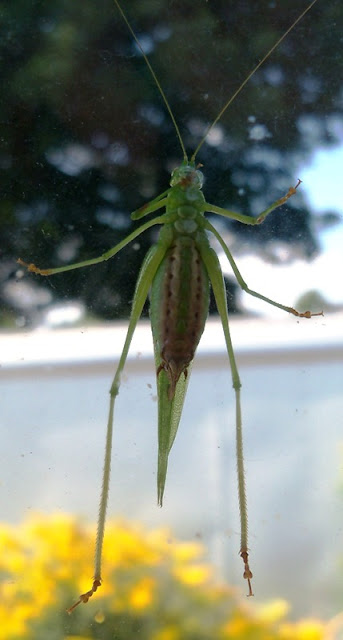 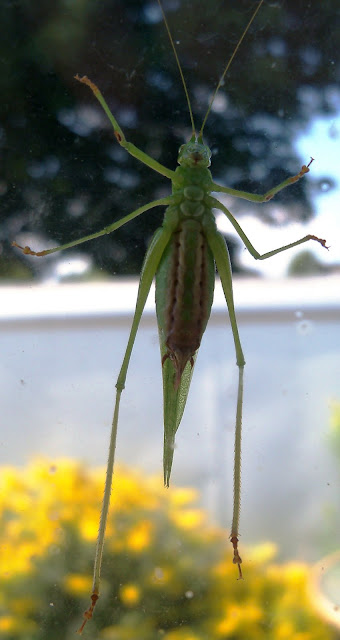 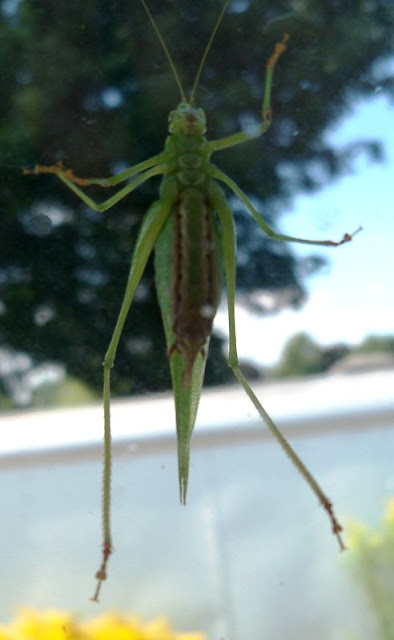