HAHAHA I knew it!

Everybody slagged The Tourist with Johnny Depp. I thought it was a good movie -- dunno about Angelina Jolie in it -- I thought Johnny Depp was great, as always. But something was nagging at me all the way through -- until I saw Depp walking in the square towards the end. As soon as the movie ended I hit Play again. No shit, Sherlock, that was Kevin Spacey, bwahahahahahah... in The Usual Suspects.

Then I read this just now:
http://www.themoviebanter.com/2010/12/did-you-know-the-tourist-christopher-mcquarrie/#comment-19747

Makes me want to go rent The Usual Suspects -- in fact, buy the dvd. That has to be one of the all-time great movies ever. 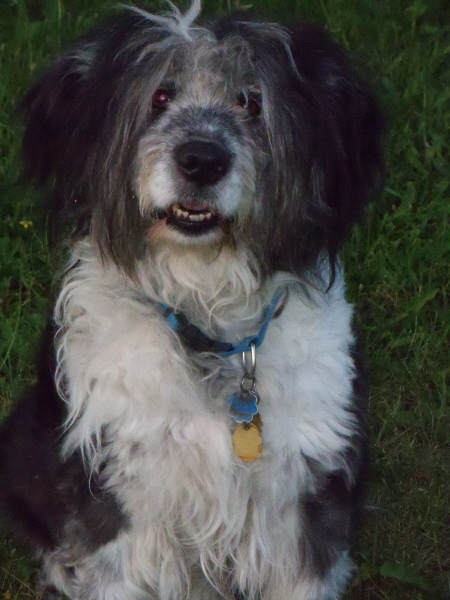 And... in my own personal life movie, me played by Angelina Jolie, of course, and Max, the Johnny Depp of Dogdom, playing himself... gotta take Max to the groomers, his first time getting shaved... stay tuned for after photos.

Update from original post. The groomer just called to clarify my instructions about not cutting the hair on his head -- yes, she can trim his beard, shave his face, but he's going to end up with what they call a hippie-do! Poor, poor Max.
Posted by Barbara at 08:34